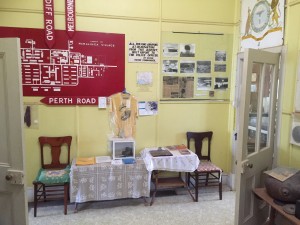 National Trust Ceduna Museum holds an astounding collection of all sorts of objects, from gramophones to farming equipment. The array of displays, sheds and buildings is a treasure trove and time capsule of life in the region from early 20th century to the mid-1970s.

Not surprisingly, one room features memorabilia and objects from Maralinga, including a heavy cast iron container used for the transport of radioactive material. It is on display complete with certification from the South Australian Health Commission saying “no radiation hazards exist from any of the items examined”, stating however that “it may be prudent to leave the lid of the storage container shut”.