Greg Franks, the chief executive of Yalata Community Incorporated – part of a community of 300 people 800km west of Adelaide – said the organisation has voiced concerns about Federal government plans to cut support for services in remote communities. Greg Franks told The Guardian:

“The community has grown a lot over past few years, people wanted to move here. If we can’t pick up rubbish, can’t keep streets clean, places will get run down and people won’t be happy, healthy and safe.” 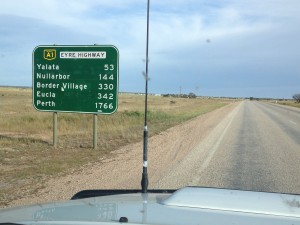 In March PM Tony Abbott had announced plans to cut services in remote Aboriginal communities, saying that it was not the taxpayers’ job to “subsidise lifestyle choices” if indigenous people lived in remote areas far away from services such as schools and hospitals. The comment drew harsh criticism from Indigenous leaders and the opposition.

With currently 48 employees, including 12 employed under the remote jobs community program, the community was faced with a loss of 32 employees by June. Only land management had guaranteed continued funding. That of women and youth services were either already shut down or in the process of being shut down, Greg Franks said.