The team at Black Mist Burnt Country are very excited to announce that the project is now official! We have been successful with our application for funding through Visions of Australia, the touring program of the Ministry for Arts. The Minister, The Hon Mitch Fifield made the announcement today. Congratulations and thanks to everyone who has worked hard on making this happen. Now that we have the funding we can officially go ahead as planned to tour across Australia with the exhibition Black Mist Burnt Country between September 2016 – December 2018. 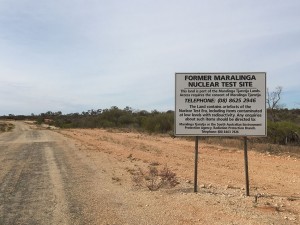 “The Australian Government has today announced more than $1.6 million to develop and tour cultural exhibitions to 76 venues across Australia through the Visions of Australia program.

The funding will support seven touring exhibitions which include a look at the history of medicine at sea from the 18th century and an exhibition highlighting contemporary work from three Indigenous art centres in the Tiwi Islands.

Funding will also support the development of two exhibitions based on the popular television series Bush Mechanics andhandmade craft practices in Australia.
The funded projects will reach more than 76 venues, 49 of which are in regional and remote locations, showcasing the cultural diversity and creativity of Australia.
The projects represent the strong cultural and community partnerships, ensuring the success of these exhibitions, as well as the private sector support which has helped to bring these projects to fruition.

Many partnerships, such as that between the Western Australian Museum and the Yawuru Aboriginal people of West Kimberley to explore Australia’s pearling story, will create long lasting benefits including professional development opportunities and curatorial exchange.

Through the Visions of Australia program, audiences have the opportunity to engage with stories and collections from across Australia and across our history.”